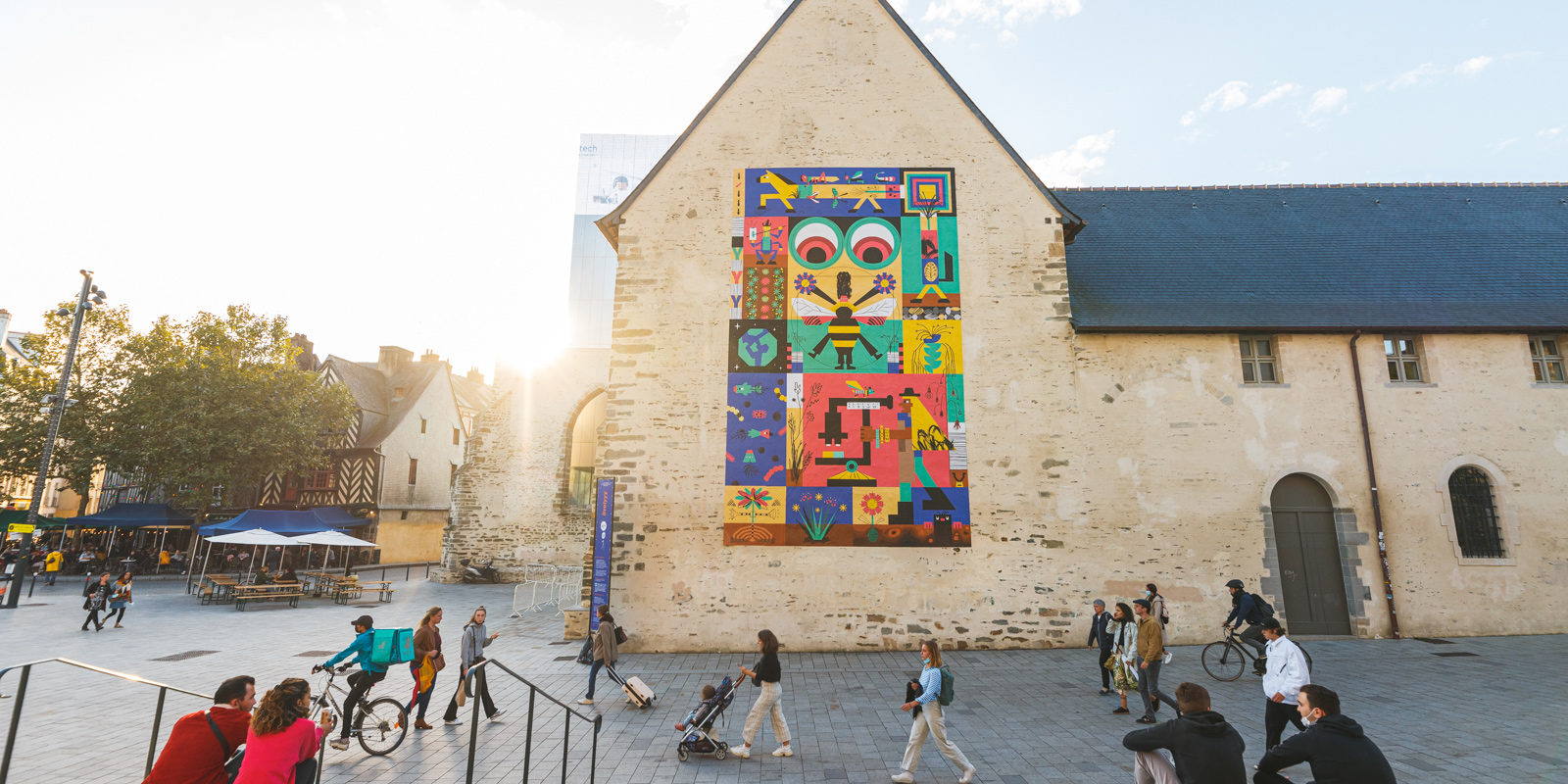 From October 1th to 10th

Visible during the day, from sunrise to sunset

Invited by Electroni[k], Guillaumit creates a plural exhibition on the theme of our relationship with the living: a monumental fresco between graphic arts, augmented reality and video-game experience.

The interactivity with the spectators is materialized with a small game in augmented reality, deploying another facet of the narration. The animation in augmented reality offers a passage from the flat surface of the fresco to a universe teeming in 3D, populated by a multiplicity of interdependent species; animals, insects, living organisms and microbes that form a fragile ecosystem.

Thus, thanks to augmented reality, our phone, like a microscope, will reveal the invisible and show us the hidden wealth of life hidden in the mural, inviting us to take care of this joyful whole.

Livelyyy is temporarily unavailable due to the bad weather, from the 3rd to the 7th of October.

Livelyyy is a creation by Guillaumit, supported and produced by Electroni[k], co-produced with Amiens Métropole le Safran (Festival Safra’ numériques), the Théâtre de l’Éclat (Festival Noob) and with the support of the French Embassy in Singapour et du National Art Council of Singapour (Voilah! & Arts in your Neighbourhood), Tétris (Festival Exhibit) and the French Institute in Tokyo (Festival Digital Choc).
Livelyyy is in partnership with Destination Rennes. 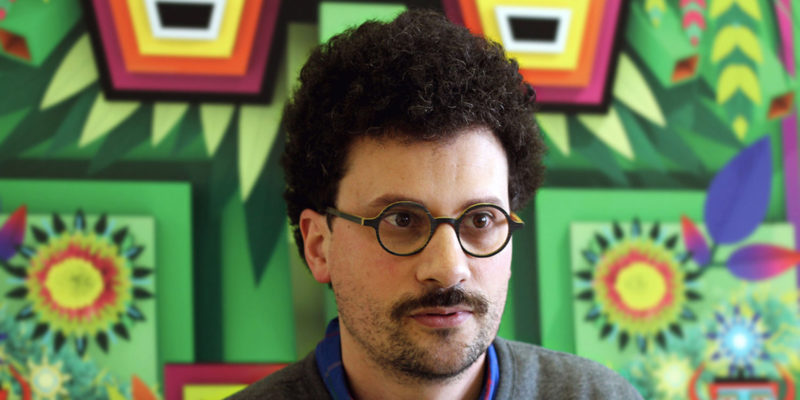 Visual artist, illustrator and director of animated films, Guillaumit is a multi-talented and curious artist who likes to cross disciplines and technologies.