Each year in October, Maintenant presents a snapshot of contemporary artistic creativity, a laboratory of experiments in visual arts, music and new technologies.

The festival was born in 2001 on the occasion of a concert evening around the relationship between image and music, at the Tambour, the auditorium of the University of Rennes 2. Since its creation, it has been successively organised by the associations Ultra Violet (2001), R1R2 (2002, 2003 and 2004) and Electroni[k] (from the 2005 edition). Historically based in Rennes, the festival has spread to Ille-et-Vilaine and two editions took place in the Côtes-d’Armor in 2008 and 2009.

Formerly named Cultures Electroni[k], the association wished to change the name of its festival in 2013. To mark past and future evolutions, because the association thinks this event as a snapshot of contemporary creation, the festival is now called Maintenant.

Maintenant invites new explorations in Rennes and throughout its metropolis, and offers an adventure for curious audiences, an original urban journey, from intimate encounters to monumental installations. Creations, encounters, concerts, exhibitions, installations, performances, workshops… all these formats invite the poetic discovery of innovative and sensitive proposals, in a process of shared encounters and an original relationship with the city.

Since 2001, Electroni[k] has been developing a project dedicated to today’s artistic creation in the fields of sound, image and new media, with a particular focus on multidisciplinary and innovative creations. Every year in October, the association produces the festival Maintenant, conceived as a snapshot of contemporary artistic practices, and creates with its partners multiple cultural action devices all year round for a wide range of audiences around the keywords arts, music and technology.

Throughout the year and within the framework of the annual festival, the actions of the Electroni[k] association are based on 3 main objectives: 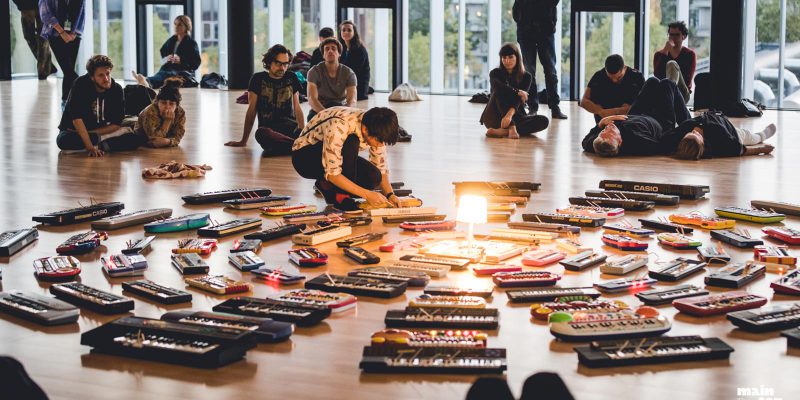