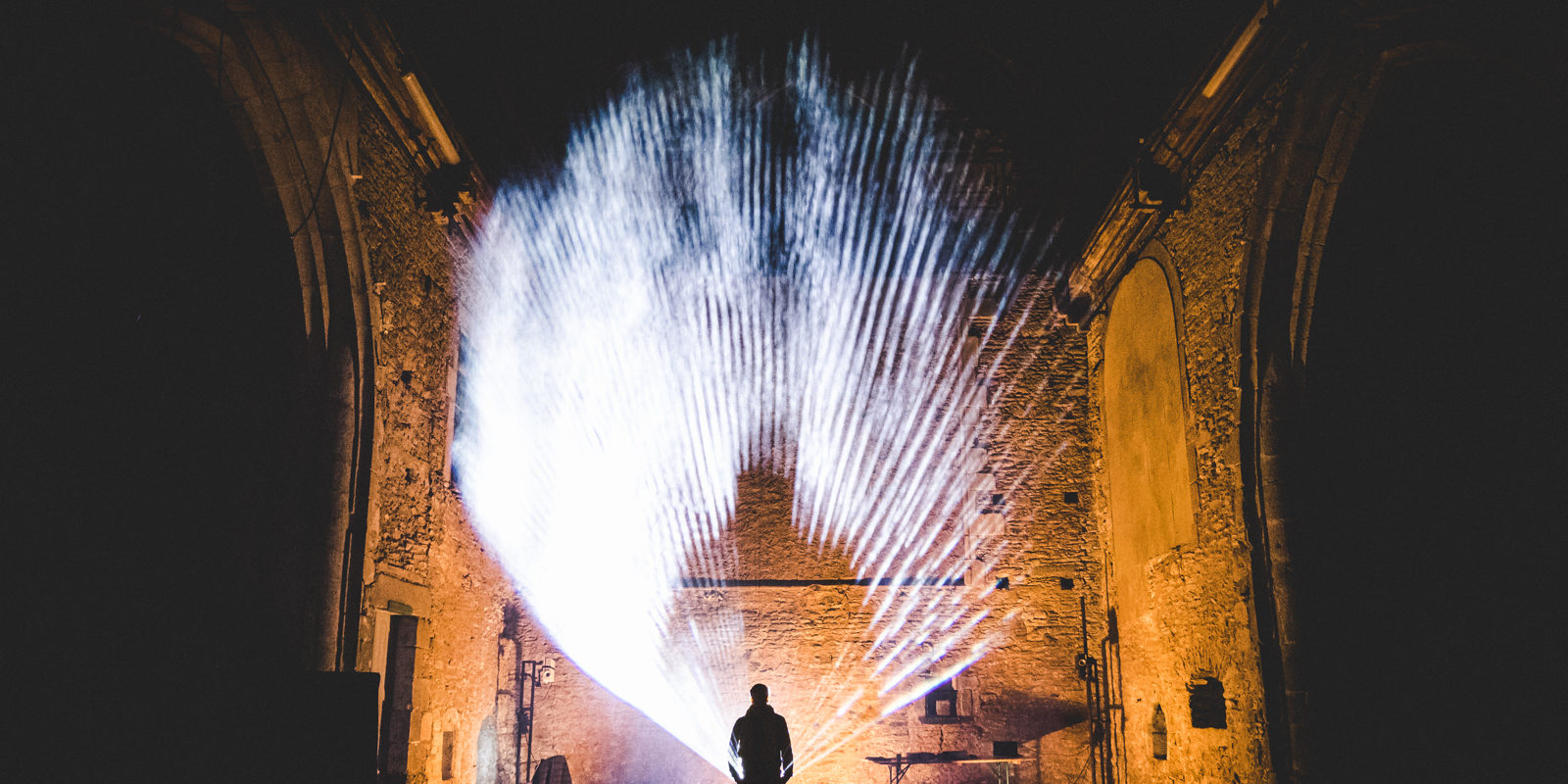 Created by Joanie Lemercier, Brume is a custom-made immersive device made of atomized water. In the singular architectural space of the Théâtre du Vieux St-Étienne, the artist plays with the spectator’s perception. On a curtain formed by a multitude of fine water droplets, light beams interact with the elements.

Joanie frees himself from the screen and the usual physical devices, modifying our frontal relationship with them and allowing a new interaction between the spectator and the projected image. It uses space and immateriality as a canvas, creating a sensation of floating projection in the open air.

In his work, Joanie Lemercier researches timeless subjects such as light, matter and geometry. With Brume, he is interested in the link between water and light and creates an intangible medium. Joanie continues to explore the possibilities of this new medium through a series of experiments and chapters, questioning our vision of reality.

Pictures of the installation 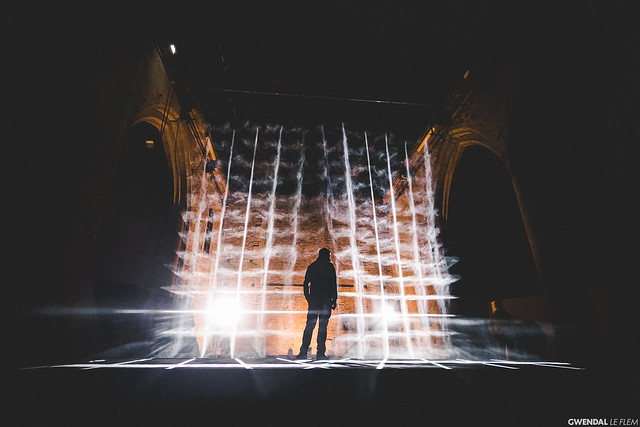 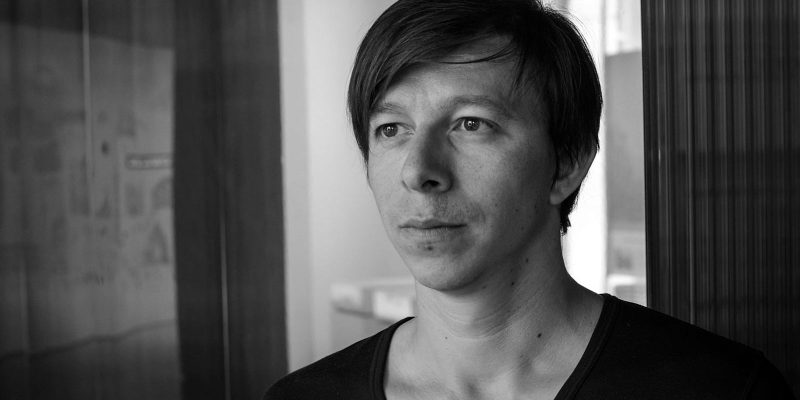